The Call Faithful Endeavors is a story about promises reserved for those who have not been jaded by life. JMA Ziegler creates an interesting situation between Ken and Jenni that started before the age society considers mature. The idealistic approach to life and love is reserved as a part of the firsts one experiences.

Ken is a complex character who Ziegler continually develops throughout the story. He holds the morale high ground between trying to fit in as 9-year-old connected with those boys who are a bit more mature. Though portrayed as different from most of his peers, he simply cares for others very deeply. It takes years for him to understand the position he placed both himself and Jenni in from a place of devotion at a very young age.

Jenni has some hidden problems throughout the story, which the reader has no view into. Her history seems based on being subservient to others, especially boys. The root cause for her youthful acceptance of sex as her lot in life, would have been helpful to the reader. She captures Ken’s heart and devotion because he is not like the typical boys she has experienced. The results are devastating to both of their lives.

The plot is original as well as totally unpredictable. I personally struggled with some of the subjects discussed and the lack of parental acceptance of responsibility for Jenni’s behavior. This reads like a book based on conviction of the author.

One of the toughest things about the story for me is scenes from the juvenile retention center. It is sickening to think that guards or protectors of the kids in these facilities would be so insensitive as to permit kids beating upon one another. After the fact asking questions is not acceptable.  For example, a scene between Hank (the guard) and Ken that starts with questions post one inmate beating up on another and illustrates Ken’s maturity in the segment below.

“It still seems like a victory to me. How did you defeat a kid twice your size?”

“Diablo and Bulldog are just stupid bullies. They’re not smart enough to think for themselves or recognize something new. I learned long ago, the best way to deal with a bully is to become boring. If he gets bored, he’ll stop on his own or at least won’t try as hard. If I had fought back, both of them would have seen it as a challenge, and Diablo could have killed me.”

“What is a kid like you doing in this place?”

Ken replied solemnly, “I loved someone who loved me in return.”

Ken’s simple answer reached into Hank and drew forth a sympathetic response. “They say justice is blind, but I wonder if it’s also thoughtless.”

“Then those of us who think must provide the wisdom for this world.”

Ken’s honestly and simplicity of spirit ignited a deep respect for him in Hank’s mind–a respect that would grow ever stronger over the years.

Hank Mendez, a rookie guard, was prevented from providing intervention to the fight between the inmates, even thought his own conviction suggested he should stop the fight.  Sadly, this is likely not the exception in juvenile institutions.

The ending was unexpected, as it made me appreciate the commitment of Ken to his promises to Jenni over the long term. In speaking with the author, I learned there are additional books planned that will extend this as a series. I recommend this book for folks who like to see human interactions pushed to the limits.

JMA Ziegler is a most unlikely author of women’s literature. Dr. Ziegler received a Ph.D. in Biomedical Engineering and is a licensed Professional Engineer. He also trained in martial arts for many years, eventually obtaining a black belt in a genuine desire for self-actualization.

He is currently the Director of Software Development for a small medical image analysis company in Houston, Texas, where his openly stated goal has always been to improve the quality of life. He lives with his wife of more than twenty-five years with whom he has two teenage children. 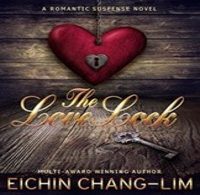 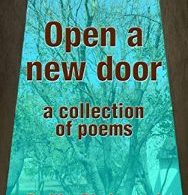