Author Laura Drake shares the life of a rodeo bull rider. The exotic life of staying on the back of an angry bull, enjoying the attention of the pretty buckle bunnies, and injuries that change a man forever. At 29, Stead, was still young for the rodeo circuit but injury and recovery last season changed his perspective on having fun. Steadman approaches the season as an Apology Tour to fill in some memory gaps and see if he could contend on the rodeo circuit.

Steadman is an interesting character who evolves through the story. He’s a man with a difficult past. He returned to locations like El Paso, recalling actions he wished, upon reflection, had ended differently. When Harper reminds him of their prior meeting and his broken promise, he vows to fix the past, even if he stumbles toward the resolution. In the vivid description of his thought, I was rooting for Steadman and Harper.

“He had no future plans. No future career. No future. Why hadn’t he thought about this before? Oh yeah. Because he’d been an ass. An image flashed of a much older him, sitting outside the bar in Banderas, drinking beers and boring younger men with tired old wannabe-champion bull rider stories. A shudder rattled down his spine. He wasn’t anywhere near that pathetic yet, but he had no doubt that lay at the end of the road he was on.

What did he want for a future?

Another picture flashed. This one had auburn curls, sea-green eyes, and a pissed-off lip-curl. He always did go for feisty women. Wait, didn’t that make him the horndog bull rider? Maybe, but he wasn’t saying it out loud. Hard enough to rope in his mouth without trying to tie down his brain, too.

But he’d let Harper down, in more ways than she’d admitted today.”

You can feel the jostle of the bull, hear the roar of the crowd, and want to add hugs to sooth Stead’s soul. This easy-to-read story is like listening to campfire storytelling. The realistic dialogue adds to the story with tidbits about people, places, and things that will make you hope for best. This is my first story by Laura Drake. Perhaps it is because I love cowboy tales, romance, and Texas, but this is one story I highly recommend to readers of women’s romance. It has all the right elements for happy tears with ah ha moments you’ll love.

Laura has always been a storyteller.  She began on her front porch, telling ghost stories to the neighborhood kids.  They ran screaming but kept coming back for more. If she wasn’t telling a story, she had her nose in one, bumping into students in the halls on her way to classes. Her settings are Western, but Laura grew up in the suburbs outside Detroit.  Always tomboy, she’s always loved the outdoors and adventure. In 1980 she and her sister packed everything they owned into their Pintos and moved to California, sight unseen. There Laura met her husband, a motorcycling, bleed-maroon Texas Aggie, and her love affair with the West began. She rode a hundred thousand miles on the back of his motorcycle, propping a paperback on his back and reading on the boring stretches. But you can’t read all day and after a while, her brain would empty of the day-to-day thoughts and cast about for something new. One day, riding into the small town of Kernville, California, a dog ran in front of the bike. After a gut

clenching scare, he trotted back the way he came, and they rode on. But she started thinking. What if someone came along and hit the dog? And what if a girl riding a motorcycle came along . . . The idea grew into Laura’s first novel, Her Road Home. Laura has since learned to ride her own motorcycle, and now owns two; Elvis, a 1985 BMW Mystic, and Sting, a 1999 BMW R1100. She’s in put over a hundred thousand miles of her own, riding the back roads, getting to know the western towns that are her book’s settings. On an annual pilgrimage to Texas, Laura was introduced to her first rodeo, and loved everything about it. She was even more excited to discover Pro Bull Riding was shown on television every week! She’s since attended any event within driving distance, three PBR National finals and has even attended a bull riding clinic – as a spectator.  Several people in the industry have been gracious in sharing their knowledge with a city girl. Her love of this sport grew into ideas for

In 2014, Laura realized a lifelong dream of becoming a Texan, and is currently working on her accent. She gave up the corporate CFO gig to write full time. She’s a wife, grandmother, and motorcycle chick in the remaining waking hours. To sign up for her newsletter: https://lauradrakebooks.com/contact-laura/ 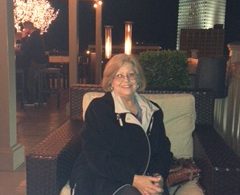 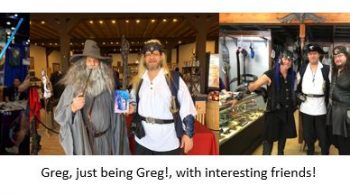 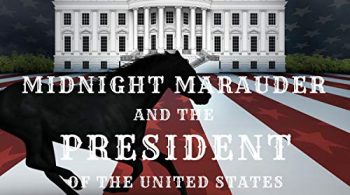