Author Raymond Hall creates a captivating story of a man, John Moorcroft, put to death for the rape and murder of a young girl. Until his last breath, he vowed innocence. The prison chaplain, Digby Rolf, is opposed to killing any soul. He has no choice other than to be with the prisoner in his last minutes.

Focused on his duty, Rolf accompanies the man at his hanging. After John is dead, the bible, in his hands at the end, falls to earth. The flurry of pages turning, from an invisible wind, stops on a page that convinces Rolf that John was unjustly put to death. His Bishop ignores Rolf’s attempt to explain the strange occurrence, which results in Rolf quitting.

Rolf is committed to proving John’s innocence and finding the murderer. His investigation places him and those around him in mortal danger. He discovers the Free Masons, complete with their codes and edicts, that clash with groups within the underworld. The character and situation development build from page one, making this a hard book to close when your eyes need to rest. Aid from his father with his strange connections with Masons was unexpected by Digby. The section below perfectly represents this reconciliation in imagery-based detail and an unpredictable manner.

“The Very Reverend Rolf answered the door to his son, the corners of his mouth turned down as usual. Digby wondered if he would ever get to see that grim mouth smile, perhaps when he made the request he had been rehearsing on the train. He stood before his father in the rectory office, in front of the familiar solid wood desk, with the green leather inlay, now showing the patina of many years of service.

‘Father, I want to make a new start,’ began Digby attempting to look contrite, ‘I was wondering if you would introduce me to your lodge. It may well be the grounding I need.’

He stood still in the ‘at ease’ position, hands behind his back, awaiting the verdict. Digby saw for the first time in years the dour look on his father’s face suddenly crease into a smile, to Digby it looked like a different person, ‘Son, I have been waiting in the hope that one day you would ask me that question; I would be delighted to see you enter the lodge, it would make me proud.'”

There are three books in the series – Part of A Digby Rolf Cozy Mystery. The subtle twists guide the reader through this original tale of the unlikely investigator driven by his quest for justice. I look forward to the other books in this series, especially if they are as riveting as this one. Definitely recommended!

Raymond M Hall’s books have been described by reviewers in glowing terms as a mixture of Thriller, Mystery, and Romance; indicating that readers find their individual tastes in his writing.
As one reviewer commented on his novel, “The Haunting”:
Tremendously satisfying writing and character/time interplay make this a book to treasure. Think Poe, Doyle, King……….

The comedic side of the author is displayed in “The Importance of Being Roger”. The subject of the book, Roger Sidebottom, can be seen either as a downright villain or a modern-day anti-hero. However, within his character, you are bound to recognise somebody you know! 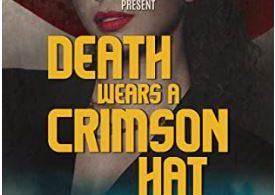