Joseph Carrabis writes a masterful tale of how greed and power can corrupt the better judgement of a man. Although this story is set in the future, it actually seems plausible that the sorts of physiological and psychological modifications discussed and inflicted on some of the characters could and have occurred in the name of military dominance. It was fascinating to me how Carrabis compared the capability of Navy Seals as an example against the next gen efforts as well as the results.

Not only did the story grab my attention from the first scene opening in the bar, but it enthralled me until the very end. After this opening, “Trailer closed his eyes and sat at the end of the bar where the cigarette-burned, cheap black Formica countertop met the wall. He eased himself onto the last stool, tucking into the corner in the dim light, a spider hiding out of sight at the edge of its web.” I felt drawn to Nick Trailer from the outset that expanded into compassion for the life he was forced to live. He is a warrior who struggles to find his way in a world against him from the start. Nick’s relationship with Major Donaldson is one which I suspect many leaders have with their men. I liked both of these characters for very different reasons because they were so well developed. Learning all the whys and wherefores of Trailer’s life from both men’s perspective had me turning the pages until the surprising end.

All of the scenes set the perfect stage for a movie playing in my mind as I raced through the story. The descriptions were vivid and certainly exacting for gruesome military combat actions, yet realistic and plausible. Covert squads, spies, behind closed doors actions, and intrigue create great action stories. Carrabis has no shortage of action or intrigue as he lifts the curtain to reveal actions sanctioned by government leaders in a crass offhanded manner like changing shoes after stepping into a few inches of mud. I would certainly recommend this story to any reader who likes to consider the possible while reading a complex story with a heavy lacing of conspiracy, which I do hope is purely fiction, yet … what do I know about what the military does behind closed doors at the direction of powerful leaders.

I was provided an advance copy of this book to read and review. It will be available for pre-order from the following website https://bit.ly/2WKnY48 now and received a signed copy and for sale on 25 July 2019.

Joseph Carrabis is the author of over a dozen novels and hundreds of short stories, including the Nebula-nominated Cymodoce and the Pushcart nominated The eight.  Raised by his maternal grandfather John (Papa Giovanni), Joseph developed a thirst for knowledge that would motivate him to seek immersion within indigenous societies all over the world. These experiences compelled Joseph to help others and have inspired his writing.

In addition to writing fiction, Joseph is the author of internationally best-selling non-fiction. Prior to becoming a full-time author, Joseph sat on several advisory boards including the Center for Multicultural Science and the Journal of Cultural Marketing Strategy. He was a Senior Research Fellow at the Society for New Communications Research, an Annenberg Fellow at the University of Southern California, and served with the UN/NYAS Scientists Without Borders program. Joseph was born in Melrose, MA, and currently lives in Nashua, New Hampshire with his wife, Susan, and their two four-legged children Boo and Ghost.

A favorite quote of his that I find very ‘Joseph’ is “And by the way, I AM TOO BORING AND DULL! I’ve made a career of it, you know…” Joseph 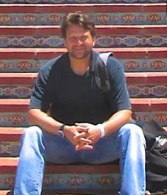 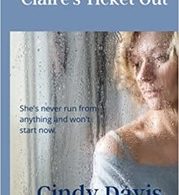 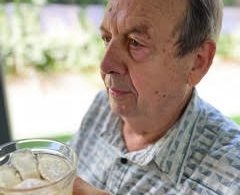 1 Response to "The Augmented Man"