**** 4 stars  Reminiscent of Gangster Wanna Be Guys! by Rox Burkey

There are some tongue-in-cheek moments that are essential to the storytelling. For example:

“Envelopes I don’t mind so much. It’s what’s inside them,” Mordy said.

Otto played along. “What’s inside them?”

He took the card from the envelope and read it out loud with more attitude that the first time, “Dig a two and a half foot wide, eight-foot-long hole, next the fourth gravestone on the right.”

He counted the gravestones, one,

two, three and with a middle finger landed on four and shrugged back to Otto.

“That ain’t a gravestone,” Otto said.

“What do you mean it ain’t a gravestone?”

Even though these two guys are not as high in the organization as they desire, they are familiar with the mob rules. Sallie the Horse, their immediate boss, has a distinctive personality, often referring to the boss above them as The Man with The Plan.  Fast paced and entertaining.

This story is a good listen with a surprising ending. The quality of the audio is good. The narrator is consistent with the voices, tone, and pace of telling the story.  The voice of Kay Elusvian is well-suited to these characters. The style and emphasis enhance the thriller aspects.

Michael Ciminera was born in Queens, NY and was raised on Long Island. He has written over a dozen produced screenplays for top Television Networks including ABC Family’s hit franchise, “The Dog Who Saved Christmas.” He holds a degree in Finance from Hofstra University and lives on Long Island with his wife, son and 5lb dog named Rocky.

I have a background in local theatre and radio. I attended the Nottingham Actors Workshop and the Nottingham Improv Comedy Experience (NICE), as well as working as a DJ and voiceover on the radio in Kent. I’ve even performed live comedy!

I spent two years training in the art of voiceover acting by one of the most sought-after voice tutors in Hollywood: the wonderful actor Pat Fraley (IMDb, website).

In addition, I’ve trained with some of the top industry pros:

I keep my skills current with regular workshops and seminars. Acting is a tool that needs sharpening. Currently I’m attending the respected Act Up North drama workshop.

I was born in England in 1983. I have lived and worked in both the UK and Japan. I hold a first-class Bachelor’s degree. I am a trans woman (she/her) so my performances range across genders from male to female and over 4 octaves! 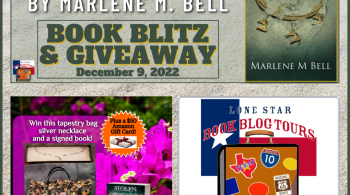