The Mage Destinies is a fun, intriguing young adult fantasy centered around the Colvin family who is made up of a widow, Tempest, and her teenagers. The focus is on the siblings, Bradley and Tessa, as they begin to realize their magic abilities, yet keep them secret from one another. How they are involved in some of the overarching issues and crimes occurring in town becomes interesting as the story progresses. Teenagers have so many things to deal with during high school – intense classes, discovering new feelings, and learning how to become adults.

Brett Galen creates a complete world that feels like hometown USA, with a subtle magical aura that makes it believable. Each character is well-developed, in a small town containing all the elements teenagers explore as they grow up.

Bradley, Mr. Atomic Avenger, seems to have learned some of his abilities in advance of his sister. The anticipation increases when Tessa hears a voice in her head that seems to be her, but is unexplainable. Tessa is a daydreamer who sometimes lets her imagination take her into a different world. The idea of being a Mage is confusing, as Tessa learns she can manipulate energy at the atomic level at the same time she learns her future is at risk. Coming to grips with the reality of being magical is something difficult to share with friends or siblings. This makes it an intriguing hard to put down story.

The dialogue is spot on for teens today, totally appealing. The combination of descriptions, compelling conversations, and evolving storyline is brought to life by the narration. The twists and turns that occur in this story kept me totally engaged through to the surprise ending.

As a perfect Young Adult story narrator, Julie T Kinn brings a balanced cadence to the story. This fast-paced story moves delightfully forward with Julie’s light-hearted rendition, especially when speaking as Tessa. Kinn makes this fantasy come to life with the various, distinctive character voices woven into this delightful adventure.

As an adult, I totally enjoyed the story start to finish listening to a delightful narrator. I can easily recommend this fantasy as well-suited to teens and young adults; boys or girls. The rest of the series is expected to be just as compelling.

Author Brett Galen is a forty-ish guy who lives in Mississippi and writes stories. He works in sales in order to put bread on the table at the home where he lives with his amazing wife and three kids. He holds a Master’s Degree in Education and has taught for a few years before circumstances took him in a new direction. He plays the piano and has written songs and poems which have not been published yet.

Right now, he is fixated on owning a Volkswagen Beetle. If his book sales ever reach high enough to buy a working Beetle without too much rust, he will know he has finally made it as an author.

Brett has a Mission as a writer. He doesn’t want to become a novelist. Novels are stories that, on the surface, are interesting enough but are filled with underlying symbolism and political and social rhetoric. He has a specific viewpoint on these you might enjoy when visiting his website. He wants to be a writer of stories, whether they be straightforward or even a little twisted, that takes readers on a journey.

As a matter of principle, his books are written clean. You will not find cursing or sexual content in his books. Ever. He wants stories that can be enjoyed by anyone, at any age.

Dr. Kinn is a versatile narrator who keeps the pace of the story consistent and compelling to listeners. She has a background in psychology which I suspect allows her to infuse a bit of depth into the characters. She is the host and producer of the award winning A Better Night’s Sleep podcast and has narrated several audiobooks.

Dr. Kinn works and resides in the Seattle area. You can follow her on Twitter at Julie Kinn (@juliekinn). 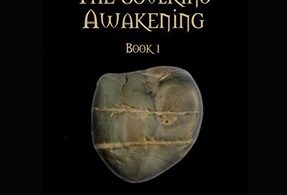 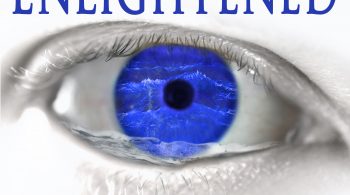