Search for Aquasaurus is book two in an incredibly realistic, though fictional, story about an enormous pre-historic crocodile who escapes into the Gulf of Mexico. Two groups set off to find this monster and either kill or capture it, as it eats its way down to Mexico learning about new prey as it discovers the world of sun and freedom. Katie Marshall and her friends, Jake, Rita, Jesse, and Hootie set sail to kill. Professor Tom Morrison and his student assistant gain a school grant to capture and study. The deadly, destructive path left by Aquasaurus, the forty-foot, 8-ton descendent of Carnufex, The Butcher, is their only method to track it. Cornering this beast in a remote Mexican lagoon provides more terror and excitement than any of them bargained for when they started out. This story will keep your terror in high gear and you continue to turn page after page to see if Aquasarus can be stopped on way or another. Worth every second of total nail-biting to reach the end of this thrilling tale.

Aquasaurus is way too realistic as you track his progress down the coast. The trail of bodies and fear that he will take more unsuspecting vacationers is just plain scary. You will not side with the crocodile winning.

Katie Marshall grows as a character in part from learning about the good and bad portions of her father’s, Clint Marshall, legacy. This college student takes her friends on an adventure with her new employee, Hootie. Hootie has served this country and continued in loyal in support of Clint until his death. In this book he offers to help Katie with her holdings including piloting the boat she takes to Mexico to hunt the crocodile she wants destroyed.

Katie grows up during the story and really explores her feelings as she tries to reconcile memories of her father, while growing to understand Hootie. Katie starts to change when she accompanies Hootie to one of the oil drilling sites.

“…Her stomach felt nervous. She felt like she was visiting her father’s gravesite. In a way, it was. They never found Clint’s body, so there was nothing to bury. Hootie unlocked the gate and pulled it open. They drove into the site and parked near a tower of twisted, melted metal that used to be the pump house. It was a blackened mess. Katie got out of the truck and placed her hand on the wreckage of the rig. It seemed warm to the touch instead of cold like she imagined. She looked up at the remains of the derrick. It slumped over like a playdough figure left in the sun all day.”

I found Hootie particularity intriguing as a character. His myopic loyalty has some deep seeded foundation from his experiences. He is a character I wanted to continue to explore as the story ends. Fascinating, multidimensional person that I hope returns in another story.

Ernie Lee captivates his readers as he continues to graphically depict the areas of Texas and Mexico in which this story is set. The details of procedures for the Texas Oil business, Mexican laws along the coast, and lawyers in general were delivered in an informative yet entertaining manner. The research he did on crocodile habits, Texas law, Texas oil, and Mexican law contribute to this spellbinding story, you won’t want to put down once you start.

Ernie Lee is an award-winning author and poet from Canyon Lake, Texas. He writes on a variety of subjects through Aim-Hi Publishing. He is a retired career US Air Force veteran, a consultant for state and local governments, and an educator. His books are infused with adventure, excitement, suspense, and the pure joy of life.

This Bard of the Blanco writes poetry, songs, and always gives back to the community. He and his lovely bride reside in Texas. His True-badour newsletter will keep you entertained and up to day on where you can meet him. Sign up today! 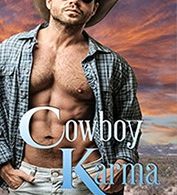