(Conquest of the Veil Book One)

Join me in this paranormal suspense, modern fantasy as Mona Parker, a lonely, plain, smart, and bullied teenager, who on the brink of suicide is offered an extraordinary life change by her angel, Thaddeus Finkle. Finkle sees a quality in Mona that makes her the best choice to because she leads with her heart. After negotiating a promise by Finkle that her brother will be safe, she lands in an unimagined place that allows her dreams to be fulfilled but at a cost she hadn’t considered. Michael Clifton provides you a front seat as her journey into a world of magic fills you with as much wonder as it does Mona or Alexandria as she is known in this parallel world. The magical veiled world she becomes trapped within has the best and the worst of power fueled by magic.

This is the second book by Michael Clifton I have read, yet this is delightfully different than The Janus Witch which was full of magical intrigue. Michael’s knack for imagery and character development is increasingly better and more believable in this new series. This dual world of good and evil separated by a magical veil is perfect. You feel like you can reach out and touch this Duchy of Wheel and form a realistic picture of the characters from Alexandria’s adoring father, the Duke to her evil stepmother the Duchess, and Lord Rodric who is a fake suitor for her hand in marriage.

As an example of the detailed imagery Michael provides this section that is pivotal for me and Alexandria as a woman not to be taken lightly as she is coming of age.

…She had only a few moments left before she would pass out – an then she would be as good as dead. Deep inside her Alex raged against the unfairness of it all. So I’m to be killed my first night on Meredith? Like this? To a foul creature like Rodric?

Her anger sharpened her determination, and she redoubled her efforts. In her mind, she felt something …open, like a door or gate swinging slightly ajar. She sensed a ripping inside of her like a fabric stretched beyond its limits. A power gushed from the torn opening and spewed out in a rush. Eye-searing white light exploded from Alex’s body to strike the creature.

The technique to shift back and forth between places in a story can be difficult, yet it keeps the story engaging as you are immersed in the conflicts of this world. Tal is an interesting magical hero character with the bravery to match his royal rank. I really liked Pulpit the White Monk who surprised me with his abilities and resourcefulness in caring for the two young men while they all escaped the evil raiders.

The Open Portal is a fascinating coming of age fantasy which will be loved by the YA crowd and those with a fondness for magic and the possibilities of a parallel universe. I look forward to Conquest of the Veil Book Two in 2020 and wish it was coming sooner. His tag line of Beauty Comes with a Price is perfect for this story.

Michael Scott Clifton, public educator for over 38 years as a teacher, coach, and administrator, currently lives in Mount Pleasant, Texas with his wife, Melanie and family cat, Sadie. An avid gardener, he enjoys all kinds of book and movie genres. His books contain aspects of all the genres he enjoys…adventure, magic, fantasy, romance, and relationships.

He has been a finalist in a number of short story contests with Edges of Gray winning 1st Place with Texas Authors. Clifton’s fantasy novel, The Conquest of the Veil, won a First Chapter Finalist award. Professional credits include articles published in the Texas Study of Secondary Education Magazine. Clifton’s latest book, The Janus Witch, the July Book Cover of the Month, is a featured book on the We Love Indie Books website. Currently, Clifton is completing Book 2 of The Conquest of the Veil series which be released in 2020. Reach out to him directly at mike@michaelscottclifton.com. 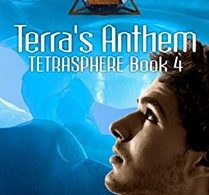 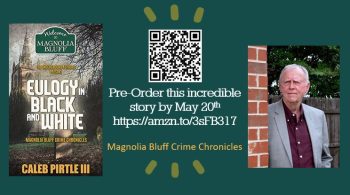 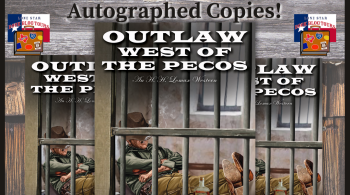 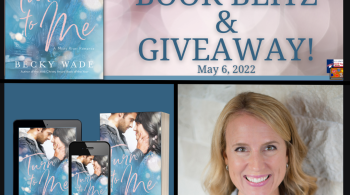