A Look Back to the Carefree Past

Author Robert Fear portrays his youth as, Fred, fulfilling his dreams of traveling and working in Ibiza after a prior two-week holiday with friends. Replaying scenes from the 70s was a poignant reminder of the carefree times afforded to the young. Eating, drinking, working, fighting, and having fun.

Robert paints a richly textured picture of the sights and sounds of tourists on the island over the season. His memories of friends he made, lessons learned, and opportunities he created are vibrant.

The writing is appealing in part due to the amusing anecdotes along with the entertaining style. Young people want acceptance and confidence in themselves. One of his forays into love and play was shared with when he met a nursing student, Cathy.

“The girls smiled as I continued, ‘Friends found it difficult to understand why I wanted to give up such a good career and risk it all by coming here. My parents tried to dissuade me, but my mother supported me, once she knew I had my heart set on it. It confused my younger brother and sister, though, and most of my friend.’

Cathy gushed, ‘It’s a brilliant thing to do.’

I sensed her sexy body close to mine and became aroused.

Monica looked at her empty glass. ‘Anyone want another drink?’

We nodded in agreement. Monica and Janine made their way to the crowded bar for refills.

Cathy whispered in my ear, ‘I hope you don’t think I’m being forward, but it’s my last night, and I’d love to spend it with you. The other two are heading off to the disco in a while. My roommate, Ann, is with her Spanish fella, so we can have the room to ourselves. Are you up for it?’

One specific inclusion that caught my attention was the letters. These messages sent to and received from family and friends were charming. In those times, letters helped people keep in touch and share their experiences. No instant messaging, social media platform posts, email, or cell phone calls were available. The Internet wasn’t even on DARPA’s drawing board yet so if you wanted to talk to someone you either waited by the phone, went to see them in person, or wrote a detailed letter. Seeing the letters and cards coupled with Fred’s reactions to them added to this delightful memoir.

Recommended reading for adults interested in the 70s. It will highlight memories or make you wonder what your parents did. This promises to capture your imagination and keep you turning pages to the end.

Robert Fear has lived in Eastbourne, on the south coast of the UK for half his life. He moved there to be with Lynn, his future wife and is still there with her thirty years later. As cat-lovers they have taken on several rescue cats over the years and are owned by three at the moment – Hazell (tabby), Jet (black) and Sparky, a bouncy ginger three-year-old.

For his day job Robert works as a self-employed software consultant. In his spare time, he writes, edits and self-publishes books, and organises annual travel writing competitions.

Robert’s interest in travel goes back to his twenties when he spent most of his time abroad. His experiences included a summer in Ibiza, hitch-hiking around Europe and touring the USA & Canada. His most eventful trip was in 1981 when he traveled around Asia.

Born into a religious sect known as the Exclusive Brethren, his father John took the brave step of leaving it with his young family when Robert was nine years old. Robert never saw his grandparents again but is thankful for being able to grow up outside this restrictive group. His life has been full of adventures that he would never have experienced otherwise. 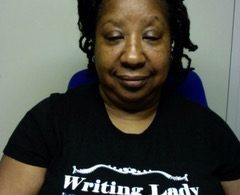