Author Carmel Bendon creates a story that focuses on medieval mysticism. In delivering this mystery, Brendon pulls at all your emotions from the start in her debut fictional novel.  It begins with a woman discovered floating in 2013 in Sydney Harbor. Sophia’s alive and, with the help of psychiatrist Kathryn Brookley, shares that she had lived continuously since the 14th century when her understanding began.

Kathryn is a compelling character who works with the mysterious Sophie and finds an unexplainable connection. Their ongoing discussions show past and present event similarities. It also brings into question for Kathryn her belief in the science of things versus spiritual. When Margery, the retired nun, is added to the mix, the religious aspects become apparent.

The descriptions are vivid for current times as well as historical times, enriching the story. As a reader, I could see, smell, and touch every scene in this magical mystery. I wanted to call out an interesting approach to this story is the start of each chapter with references to captured comments. These do set the stage for the chapter but also draw the reader in.

This is what she said: Love is never wasted, even if it is not reciprocated. For in loving—no matter what—we enlarge ourselves, becoming bigger than the small prejudices and petty jealousies and pointless vindictiveness that can engulf us if we let fear rule our lives. When we determine to love—no matter what—we lighten ourselves and become able to rise up, float above, the turmoil of doubt and indecisiveness and procrastination that can overtake us in the surging rush of time. Loving—no matter what—does not end life’s pain and suffering,

I found the read interesting with the philosophies shared between Kathryn, Sophia, and Margery as life’s journeys from their viewpoints. The author has captured the historical aspects of the Middle Ages so critical to this story. The discoveries and discussions of these women impact them as well as those within their circle.  If you like detailed mysticism, history, and spirituality views, carefully woven together, this will suit you like a 14th-century tapestry.

Carmel Bendon is a writer and presenter on ‘all things medieval’ to academic and general audiences. She has a PhD in Medieval Literature and an Honours degree in Early English, and has lectured in English Literature, Medieval Studies, and Spirituality at a number of Australian universities. Her specialist research field is Medieval Mystics and this was the basis of her successful non-fiction book Mysticism and Space. Her other academic publications include chapters and articles on St Augustine, Julian of Norwich, and Hildegard of Bingen, and on anchorites and the practice of immurement. More generally, she has published on Geoffrey Chaucer, Jorge Luis Borges, and Oscar Wilde and has been a contributor to the International Dictionary of Literary Biography. She is now concentrating on writing fiction. Grasping at Water is her first novel. She lives in Sydney with her husband, a faithful dog, and a wild garden. 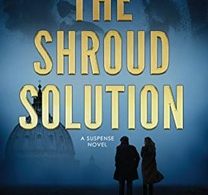