She stood in a line her head bowed low

There was nowhere to run, no place to go

With clothes that were ragged

And shoes that were worn

Took its toll on their bodies

Tried to squash their souls

But she squared her shoulders, raised her eyes

She’d fight to survive, that much was true

Although many times, she’d be sad and blue

Someday there would be plenty

But for now, she was caught in a loop

She held out her bowl

Born in Missouri in 1917, my mom, Marian Edith Clark, learned about hardships at a young age.

Her mother, my grandmother, Sarah Jane, was sickly. The household chores fell on my mom’s shoulders when she was still a child. She shared memories of having to stand on a box so she could reach the stove to cook their meals.

My mom blue eyes sparkled, and her smile could light up a midnight sky. She started school in Treece, Kansas. Her family were migrant workers. Anytime they found an abandoned house, even if it was spooky, they moved in. Eventually, they landed in Pitcher, Oklahoma, where her father found a job in the iron and ore mines. She was in the ninth grade when he had an accident in the mines, and she had to quit school to help make a living for the family.

Her father became a bootlegger in Oklahoma. He would often get caught and wind up in jail for six months at a time, leaving the family to fend for themselves.

They eventually moved to Arkansas, where they had kinfolk who were sharecroppers. They picked cotton, and in Mom’s words, “Nearly starved to death.”

When she was around fourteen, her dad took the family to the Texas cotton fields. The whole family could pick, and they would make twenty-five cents for every hundred pounds of cotton.

We found this story written in a journal after Mom passed away.

“My last school was in Walnut Ridge, Arkansas, population around 2,000. We lived two miles out in the country. I went to a two-room school. A man and his wife were both teachers. He taught in one room and her in the other. The man teacher went crazy and tried to kill his wife. When she got away, she came to our house. I’ll never forget how bloody her head was. When the police found him, he had crawled up under their house. So, they put him in a mental hospital.”

The Great Depression hit America in 1929, wiping out any semblance of a prospering economy. It was during that catastrophic era that my mom and dad met in Sayre, Oklahoma. At the time, she was babysitting for one of Dad’s sisters, and living in a government migrant camp with her family.

She was only seventeen, but they fell head-over-heels in love and decided to marry.

Mom had no shoes to wear for the ceremony, and a woman next to them in the camp loaned her a pair of shoes.

On April 14, 1934, they said their wedding vows in a preacher’s living room and began life together.

There were no pictures, no fanfare, no parties, and no honeymoon.

They spent their first night as newlyweds, sharing a bed with some of my dad’s younger brothers and sisters.

Their first home was an old farmhouse with nothing in it but a wood stove, a bed, and a table. Mom had no broom to sweep the floors, and when snakes crawled across, they left trails in the dirt.

Through the years, she shared many harrowing stories of how they survived as transients. They stayed within their family group and moved from the strawberry fields in Missouri, to potato fields in Kansas, to cotton fields in Texas. Often, they had no shelter from the elements, sleeping outdoors under a shade tree. Other times, they managed to have a tent or share a tent with other family members.

Mom and Dad’s life together, began under this umbrella of hopeless poverty.

Hunger was a constant companion. My mom had an older brother who often would go out at night and steal a chicken or watermelon.

Enmeshed in daily survival, they could see no future.

Sometime around late 1934, they moved to Fort Smith, Arkansas not knowing it was in the middle of an epidemic. They were lucky enough to find housing in a WPA camp. My dad got a job digging graves for fifty cents a week, plus a small amount of food. A man working with him warned him to stay clear of the hospital; that no one came out alive.

However, the hospital laundry was the only place Mom found work. Automation wasn’t yet widespread, and especially not in Arkansas, so all of the washing had to be done by hand on rub boards.

A large scowling woman marched up and down behind the workers with a blackjack in hand. If she thought they weren’t working hard enough or fast enough, she’d whack them across the shoulders.

During this time, my mom fell ill with Scarlet Fever and they quarantined her. They kept her in a room under lock and key. My worried dad climbed to her window with food. It became apparent that they had to get out of there, or Mom would die. One night when all was quiet, she tied bedsheets together and lowered herself from the two-story window to the ground, where Dad waited.

They caught a ride to Oklahoma on the back of a flatbed truck, and Mom eventually recovered. They never went back to Fort Smith, Arkansas.

As the years passed, much of my dad’s family migrated to California, the land of milk and honey. But Mom and Dad didn’t go with them due to my grandmother’s failing health, and a younger sister who was inseparable from my mom. They all stuck together. My grandmother passed away in 1942 in Roswell, New Mexico. Pictures show a large goiter on her throat. She died long before I was born.

Mom gave birth to my siblings with help from family and friends. I was the only one to arrive in a hospital setting.

By 1951, the year I was born, Mom and Dad had settled in Hobbs, New Mexico, and purchased a lot on Avenue A. They stretched their tent and immediately started building a house. They put down roots and said goodbye to the transient life they’d known.

Like everything else in their lives, they built our house themselves. A place not too far from Hobbs, The Caprock, had an abundance of large flat rocks. Every day Dad wasn’t working, he’d head up and bring back a load of rocks to cover the sides of the house. That house withstood many storms, and still stands today.

When I was around twelve, I distinctly remember watching Mom climb up and down a ladder with bundles of shingles to roof the house. And she did this alone.

I believe I can declare with all certainty that no two people worked harder than my mom and dad.

Mom was a fantastic cook, having learned from necessity at a young age. She had a sweet tooth and loved to bake. Her specialty was pies. She could make a peach cobbler that would melt in your mouth.

She never measured anything. She’d throw in a handful of this and a pinch of that, and it turned out perfectly every time.

Mom was not a worrier. Her philosophy was, “If I can’t fix it, there’s no need to waste time worrying about it.”

She lived by these seven wisdoms:

I didn’t always see eye-to-eye with my mom, as you know if you’ve read my books. But I never forgot her teachings, her strength, and her determination. And for the last thirty years of her life, we were close.

She was the best grandmother my two little girls ever could have hoped for. She adored them as much as they loved her.

I watch my daughters now and see them practice some of Mom’s ways with their own children, and it makes me happy.

So, here’s to my mom – the strongest woman I ever knew.

Vistors: Thank you for stopping here and supporting today’s RWISA author along the RWISA “RISE-UP” Blog Tour!  To follow along with the rest of the tour, please visit the main RWISA“RISE-UP” Blog Tour page on the RWISA site.  For a chance to win a bundle of 15 e-books along with a $5 Amazon gift card, please leave a comment on the main RWISA“RISE-UP”Blog Tour page!  Thank you and good luck! 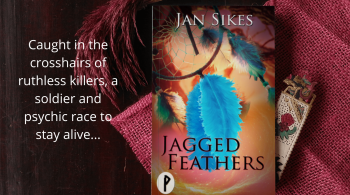